Speak to us today

We are delighted to announce that AGRIBANK will once again be the headline sponsor at LAMMA 2016.

The bank provides agricultural asset finance to farmers all over the UK including finance for a wide range of diversification projects such as biomass, AD and solar.

Commenting on sponsoring LAMMA 2016, Frank said: “We are delighted to be the headline sponsor again and looking forward to working with the Briefing Media team to make LAMMA 2016 another great success.”

Because we are dedicated to UK farming, LAMMA is our key event to meet up with existing clients and to identify new ones who we can help to improve their business performance – be it to buy machinery, land or diversify into new projects.”

“Rupert Levy, Director of Briefing Media,  which owns LAMMA, said: “We are delighted that AgriBank is once again headline sponsor for a third year at LAMMA and will continue to help us make the show the largest and most successful farming event in the UK “.

LAMMA will take place on Wednesday 20 and Thursday 21 January 2016 at the East of England Showground, Peterborough. 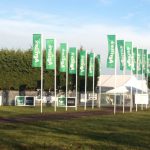 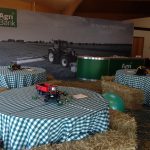 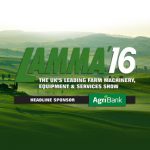 We use cookies to make your browser experience more efficient and enjoyable, as well as to analyse the use of this website. If you continue to use this website we will assume you consent to receive all cookies. However, you can change your cookie settings at any time. Thank you